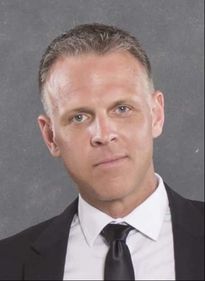 Photo by Jim Bush
​Jon Lehrer, who was raised in Queens, New York, took his very first dance class at age 19 at the University at Buffalo. While dating a dancer, Jon teased her about how easy it must be to get an A in a dance class. The girl dared Jon to try a beginning level modern dance class and his life was changed.  After only two years of training at UB, Jon was asked to join the University's Zodiaque Dance Company. Jon ultimately received his B.F.A in Dance from the University at Buffalo.
As a professional, Jon has danced with the Erick Hawkins Dance Company,Paul Sanasardo, John Passafiume Dancers, in Merv Griffin's "Funderful" and the Radio City Rockettes Christmas Spectacular. In 1997, Jon was hired by Giordano Jazz Dance Chicago, and after three years, was promoted to Rehearsal Director and then given the position of Associate Director two years later. During his ten years with Giordano, Jon also became the resident choreographer, creating seven original works on the company that received rave reviews all around the world.

​Jon has choreographed for several professional dance companies and University’s all over the country. Jon teaches master classes throughout the U.S. and around the world, having been on faculty at Dance Masters of America, Jazz Dance World Congress, Dance Teacher Summer Conference, Chicago National Association of Dance Masters (CNADM), Chautauqua Institution and is a guest artist at numerous universities. In 2003, Jon had the honor of receiving the Distinguished Alumni Award from University at Buffalo Zodiaque Dance Company for his accomplishments as a dancer and choreographer. Jon was featured on the November 2007 cover of Dance Teacher Magazine, and has been reviewed and interviewed in Dance Magazine numerous times. In 2009, Jon was commissioned by CNADM to write their Modern Dance Syllabus, which is utilized by teachers all across the country to properly teach and introduce their students to modern dance. In 2010, Jon was honored with CNADM’s Artistic Achievement Award for his excellence and artistry in concert dance. In August 2011, Jon was the guest speaker for Convocation at Shenendoah University. In 2015, Jon received the University at Buffalo College of Arts and Sciences Distinguished Alumni Award. Most recently, he was awarded the ‘Rising Star” SPARK Award for being an integral part of Buffalo’s thriving arts and cultural community.

In July 2007, Jon moved to Buffalo, New York, to begin his much anticipated professional dance company. The company showcases his unique choreography and definitive style.  Jon's extensive background in both the modern and jazz dance idioms fosters choreography that is organic, artistic, accessible and often humorous, reflecting life experience and the human condition. In it’s short history, the company has received much international recognition and critical acclaim, keeping audiences around the world, throughout the US, and in Buffalo on the edge of their seats with their trademark athletic style. As Dance Magazine said, “took the house not so much by storm as by quantum physics. Jon Lehrer's strikingly original choreography transformed the stage into an energy field of super-charged particles."