Jon Lehrer Dance Company actively promotes and values equity, diversity, inclusion, and anti-racism on an institutional and individual level. All those working within JLDC are committed to creating an environment free of prejudice, discrimination, and marginalization throughout all of our work. This includes, but is not limited to, the company’s hiring practices, choreography and performance, education and outreach initiatives, community interaction, and governance. The professional dance artists of JLDC work collaboratively towards a common creative goal, while maintaining and developing their own artistic and individual voice. JLDC operates with integrity at all levels, respecting and honoring ideas, opinions, feedback, and dialogue from all. 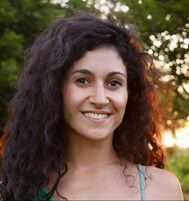 Cristiana Cavallo (Associate Director/Dancer) is from Utica, NY and began dancing at the age of 3. She received her training at the Dancenter and at Munson-Williams-Proctor Arts Institute School of Dance. Cristiana graduated in 2014 from the University at Buffalo with a BFA in Dance and a BA in Sociology. As a UB student, she was a member of the Zodiaque Dance Company, performed in several musicals, choreographed for many student productions and acted as Director of Dancer’s Workshop. She attended numerous summer programs, including NYSSSA, Thodos Dance Chicago Intensive, and Steps Summer Study. During her senior year, Cristiana was chosen for the Jon Lehrer Dance Observership, allowing her to train with the company and gain valuable insight into the professional world of dance. In 2019, Cristiana was invited to choreograph as part of the Barn Dance Project at the Theater at Woodshill, curated by Caitlyn Schrader. Since 2020, she has  also been the Director of Programs and Finance for JUNTOS Collective. Cristiana has been with JLDC for 8 years, becoming an integral part of the company's success both on and off the stage. 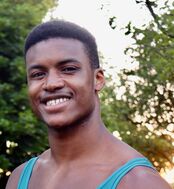 Ricardo G. Barrett is originally from Jamaica and attended the American Musical and Dramatic Arts Academy. He was also a three year member of The Jamaica Junior Theatre Company and The Company Dance Theatre. He continued his training there until he left for the Martha Graham School as a member of Graham 2. He was a member of the second Company for three years, and an Apprentice with the Martha Graham Company for 2 years. He is also a member of Alison Chase Performance, Buglisi Dance Theatre, and Dzul Dance. Ricardo is a trained actor, dance teacher, singer and still explores different forms and styles of artistic expression. This is Ricardo's second season with JLDC. 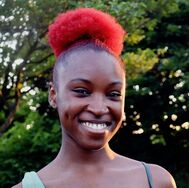 Mahalia Brookes is originally from the US Virgin Islands where she started her training at Caribbean Dance School. After moving to Florida, she continued her training at All American Dance Factory and All American Classical Ballet School. She has competed in the NAACP ACT-SO national convention where she worked closely with choreographer Anthony Burrell. She went on to receive her Bachelor of Fine Arts degree at Marymount Manhattan College. She has performed works by Earl Mosely, Jessica Lang, Anthony Morigerato, John Heginbotham, Sidra Bell, and Pascal Rioult. This is Mahalia's first season with JLDC. Gabrielle DiNizo is originally from Dayton, OH where she began her dance training at Dayton Dance Conservatory. While there she performed for their pre-professional company, Dayton Dance Conservatory Company, for two years before moving to New York City for college. In May 2021, Gabrielle graduated summa cum laude from Fordham University/The Ailey School with a BFA in Dance and English. She has had the honor of performing works by Robert Battle, Brice Mousset (Oui Danse), Adam Baruch, Earl Mosley, and Manuel Vignouelle. Gabrielle spent her recent summers training at Hubbard Street Dance Chicago and Dance Italia, where she cultivated her love for contemporary and modern dance. This is Gabby's second season with JLDC. 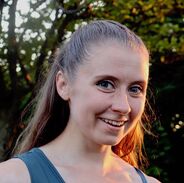 Kristen Hedberg was born and raised in Richmond, VA. She earned her BFA in Contemporary Dance from the University of North Carolina School of the Arts, where she was dual-enrolled with The Martha Graham School during her senior year. Kristen was a member of the RIOULT Repertory Dancers, under the direction of Pascal Rioult, Joyce Herring and Charis Haines. Other professional credits include:
Curet Performance Project, Faustine Lavie Dance Project, and Susie McHugh + Dancers, among others. This is Kristen's second season with JLDC. 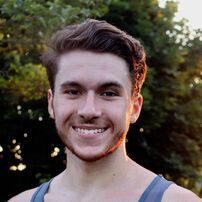 Michael Miller grew up on Long Island, New York. He started dancing at the age of eight and focused on ballet and modern dance primarily at Peconic Ballet Theatre. Michael then received his Bachelor of Arts degree in Dance from James Madison University. He studied under Rubèn Graciani, Matt Pardo, Fran Kirmser, and Ryan Corriston. Miller was involved in student and faculty pieces throughout his four years at JMU. While at JMU, he performed in the pre-professional Virginia Repertory Dance Company, under the direction of Matt Pardo, and was awarded the Excellence in Performance Award his senior year. Miller had the pleasure to work in multiple residencies with choreographers such as Abraham in Motion (A.I.M) directed by Kyle Abraham, Rubèn Graciani, and Ryan Corriston. Miller also performed in original works choreographed by Omàr Roman De Jesùs, Xiang Xu, and Ricky Ruiz.
This is Michael’s first season with JLDC. 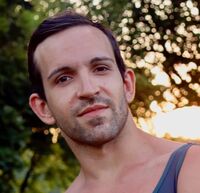 Patrick Piras is from Udine, Italy and began his dance training at the age of 6 focusing on professional ballroom dancing for three years until a sudden injury 3 years later made him stop. At age 14, Patrick started dancing again thanks to Arianna Zanello, who invited him to attend her school, Filodanza, and later became his mentor. He then focused his study in ballet, modern, jazz, and contemporary dance and received scholarships to several summer intensives in Italy. Patrick came NYC to attend The Ailey School in 2013 where he graduated as a Scholarship Student. He has performed works by Alvin Ailey, Matthew Rushing, Ronnie Favors, Tracy Inman, Martin Lofsnes, Amy Hall, Darshan Bhuller, Nathan Trice, Nicholas Villenueve, Nai Ni Chen, Sheena Annalise and Christopher Rudd. He has performed “Memoria” with the Alvin Ailey American Dance Theatre at New York City Center in December 2014 and “Concurrence” representing the Ailey School in the Ailey Spirit Gala at David H. Koch Theatre in June 2016. Patrick performed with 360° Dance Company, as a guest artist with Nai Ni Chen, Arch Contemporary Ballet, and is on faculty at The Ailey School. This is Patrick's fourth season with JLDC . 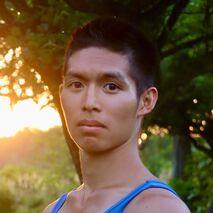 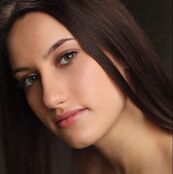 Kirsten Coco was born and raised outside of Boston, MA and was educated at Donna Coco’s Performance Plus, where her passion for movement and performance began. This passion eventually led her to NYU’s Tisch School of the Arts, where she received her BFA in Dance. During her time at Tisch, she also studied dance abroad in Berlin, Germany. Since graduating, Kirsten’s performance credits include: Company dancer with Groundworks Dance Theatre in Cleveland, Ohio, Company dancer with Z Artists Group in New York City, Company Dancer with Chutzpah Dance in New York City, performer for Antonio Brown’s “Inside,” David Shimotakahara’s “Jigsaw,” and the Aditya Birla Awards in Mumbai, India. She has also performed Yin Yue’s “In Company,” Jeremy Nelson’s “Unfurled” at Radio City Music Hall, and with the Scottish Ballet Dance Exchange at the Joyce Theatre. Kirsten has been featured in the Dance Spirit Magazine “Audition Wear” photo shoot and article, and has made appearances in several dance films and festivals in New York City. This is Kirsten's first season as an apprentice with JLDC. 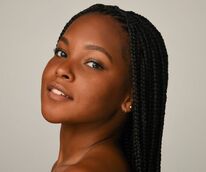 Reché Nelson is originally from West Palm Beach, FL where she began her formal training at Palm Beach Ballet Center under the direction of Joan Miller. She continued training at Florida School for Dance Education while attending A.W. Dreyfoos School of the Arts. She spent her summers training with Hubbard Street Dance Chicago and The Ailey School. Reché has performed works by Darshan Bhuller, Meredith Dincolo, Christopher Huggings, Yoshito Sakuraba, Alysia Johnson, and Robert Battle among others. Reché graduated with honors from the Ailey/Fordham BFA program with a double major in Dance and Digital Technology and Emerging Media. Since graduating, she has had the honor to perform with Bill T. Jones/Arnie Zane company’s production of Deep Blue Sea, L’Allegro, Il Penseroso ed il Moderato with Mark Mork Dance Group, and other projects throughout New York City. Reché is currently a freelance artist based in New York City and is the Marketing Assistant for McKoy Dance Project. She is grateful for the opportunity to join Jon Lehrer Dance Company as an apprentice this season. Payton Primer is originally from Dallas, Texas, where she trained at Booker T. Washington High School for the Performing and Visual Arts (BTWHSPVA). In 2018, Payton was named a Winner in Contemporary/Modern Dance by the National YoungArts Foundation. In 2022, Payton graduated from Fordham University/The Ailey School as a triple BFA major in Dance, Anthropology, and International Studies with a concentration in Global Affairs. Payton has performed works by Lar Lubovitch, Robert Battle, Peter Chu, Annabelle Lopez Ochoa, Penny Saunders, Francisco Gella, Takehiro Ueyama, Helen Simoneau, Yusha-Marie Sorzano, Ray Mercer, and Thang Dao. In addition to her dancing endeavors, Payton has also worked with Dallas Black Dance Theater as an Administrative Arts Intern. This is Payton's first season as an apprentice with JLDC. 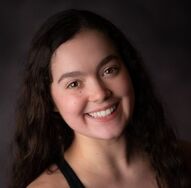 Leah Suskind was born and raised in Randolph, NJ and in May 2022 graduated summa cum laude from New York University Tisch School of the Arts with a Bachelor of Fine Arts in dance. While at NYU, Leah performed works by Yin Yue, Stephen Petronio, Jaclyn Walsh, and Molissa Fenley. Throughout her summers, Leah has attended the Jacob’s Pillow Contemporary Summer Program, the Hubbard Street Pre-Professional Repertoire Program, the Parsons Dance Intensive, the Juilliard Summer Dance Intensive, the GALLIM Summer Intensive, and the Martha Graham School Summer Intensive. She was also the fellowship recipient of the 2021 DM. Connect Choreographer Competition, and in 2019, Leah received the Morris Arts Elaine Ehlers Scholarship. Leah is excited for her second season as an apprentice with the Jon Lehrer Dance Company.